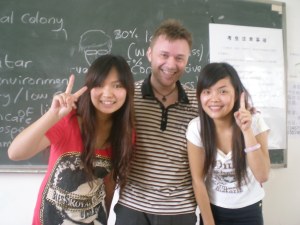 It’s six months since I came back from China. And six months since I stopped trying to be a teacher and moved to London to work for a magazine. And only now I can put things in perspective a bit. At first I suffered from a weird kind of reverse-culture shock. After the best part of six years being submersed in one of the weirdest cultures in the world, even adapting to the UK again was traumatic. One afternoon I bought a meal deal in Tesco, and got served by a robot. Surreal.

In the time I’ve been away, a lot of my friends and family have moved on with their lives, got married, had babies (some of my friends seem to have a new one every year) or got themselves divorced or dead. For more than half a decade I called different little parts of China ‘home’, eventually settling in Changsha, Hunan Province. In the meantime, in my real hometown in the Welsh valleys, which I visited for a couple of months each summer, everything changed but stayed the same. Everything of note that had happened since my last visit got jammed into two months worth of drinking time. Then I had to remember all the relevant details, file them away, and leave again.

Meanwhile, the same thing was happening in my other life in Changsha. Just because you are not there, it doesn’t mean life stops. Far from it. If anything, life moves much faster in a place where the unofficial motto is ‘Go hard or go home.’ All in all, the past six years have required a lot of adjusting. I’ve been a social chameleon. With varying degrees of success. A bit like a 21st Century Paul Young. Wherever I lay my rucksack, that’s my home. For a while.

After the shock of settling back into society wore off and I settled into the job, I got too busy to write much at home. I also spent a fair chunk of time in the pub, obviously. And a lot more time than I would like on subways and trains. When the weekend rolls around, I can’t wait to have a lie in. This 9-5 lark is pretty brutal. Especially with a 2-hour commute each way. I knew that, which is why I avoided it for as long as I could. It’s a far cry from having two classes a day followed by a five-minute walk across campus in the sunshine. 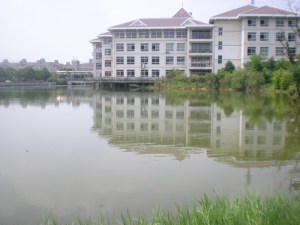 Never mind, I had a good innings out there on the edge of normal society. Time to step back in line, I suppose. This is where I belong. I’m pretty sure of that now. I think.

Some people take teaching very seriously. To some its a vocation. Good for them, but I was never one of those people. I wasn’t the worst teacher in the world. I think I got better with time. It was hard to get any worse considering that when I first started at one of the most prestigious universities in Beijing, I had no teacher training. None at all. I was just given a text book, thrown in front of a class of would-be airline pilots, and told to ‘teach something.’ As my career progressed, I would consider myself lucky to even be given a text book.

I had some pretty awful lessons. I’ve crashed and burned so many times. I almost started a classroom riot one day after making a throw-away comment about ‘the Tibet problem’ in a particularly touchy class. The funny thing is, I don’t even give much of a shit about Tibet. I said as much, in slightly different words, and that just got me in more trouble. Oh well…

I had some good lessons too. There are some students I’ve stayed in touch with for four or five years now. But you never remember the really good lessons. I like to think it’s because by the end there were so many of them, my frazzled mind couldn’t keep track of them all. But I might be wrong about that. The bad ones, however, are burned into my mind. There is no lonelier place on earth than being on a stage in front of forty pairs of expectant eyes when your lesson plan has just failed, you have absolutely nothing to say, and you still have twenty minutes of lesson time to kill. 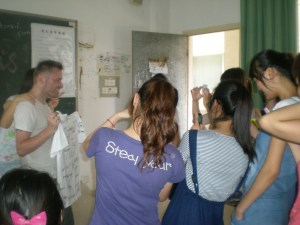 But you learn a lot about yourself in testing situations. If I’d wanted a safe, easy life I would never have gone.

I write stuff. Pretty much any stuff. My fiction and non-fiction has appeared in over a hundred publications worldwide and my books have been both traditionally and independently published. My first book, Into the Dragon's Lair – A Supernatural History of Wales was published back in 2003, and I've worked extensively in the freelance journalism industry, contributing features to numerous international publications including Fortean Times, Bizarre, Urban Ink, Loaded, Record Collector, Maxim, and a regular column to the Western Mail newspaper. I lived in China for over nine years where I taught English at universities in Beijing, Changsha and Guangzhou during my search for enlightenment, before moving back to the UK in January 2013 to work as staff writer on Nuts magazine. Later, I was senior writer on Forever Sports magazine, associate editor at a shortlived title called Coach, and I currently write business news for a trade magazine about the plastics industry. It's far more satisfying than it sounds. My latest fiction releases have been Human Waste (on Deviant Dolls Publications) and X5, my fifth collection of short fiction. I also edit, proofread, ghost write, and drink far too much craft beer. END_OF_DOCUMENT_TOKEN_TO_BE_REPLACED
This entry was posted on Sunday, June 16th, 2013 at 4:14 pm and tagged with China, class, English, journalism, London, teaching, wales and posted in China, Life, teaching. You can follow any responses to this entry through the RSS 2.0 feed.
« Gig Review: Heroes For Hire / Allister @ The Borderline, London
In Search of the Toddy Cat »

2 responses to “Back to Reality”