Cardiff City’s Summer Signings – The Good, the Bad & the Average 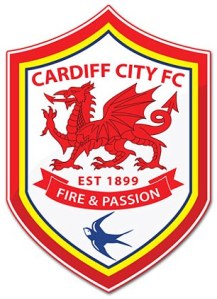 A few months ago I wrote a summary of Cardiff City’s summer transfer activity. Now all the players brought in have had a chance to show what they can do, I feel a quick progress report is in order.

The commanding centre back brought in from Tottenham for around £8 million slotted straight into the heart of City’s back four and has proved nothing short of a revelation. We knew he was good from seeing him during his loan spell at Swansea, but his passing ability, aerial presence and composure, have been invaluable to a side lacking experience at this level. So impressive he was soon given the captain’s armband.

The £2.2 million signing from West Brom arrived with some baggage but in all fairness, he started reasonably well. He was enthusiastic and ran hard. I say ‘was’ because he seems to have lost some of that urgency of late as City slumped to the bottom of the league. Being played in a lone striker role probably does him no favours, but to my mind he has a tendency to ‘go missing’ during games and a return of one goal in 15 league appearances is simply not good enough.

The £8 million boy wonder who, if reports are to be believed, was at least partly responsible for Malky Mackay losing his job. Much has been made of his potential, but the fact of the matter is that at this stage in the club’s development, they need strikers who can score goals now. True, he spent the first couple of months of the season sidelined through injury, but judging by what little we have seen of him so far (7 substitute Premier League appearances and a couple of starts in the cups) the club’s number 9 is a mere shadow of the player we thought he was. Unfit, inexperienced and low on confidence.

The £11 million record signing from Sevilla has featured in virtually every game this season in the holding midfielder role in front of the back four. He has been very impressive until the past few games, where he has started to look a little fatigued. The fans are divided over whether he was actually worth the money or not. I say he most definitely is. If we had a team of Gary Medel’s we probably wouldn’t break any scoring records (not that we would anyway) but we certainly wouldn’t lose many games.

A snip at around £2 million and quickly proving one of the bargains of the century, rampaging right-back TC has wowed the fans with some powerful, direct displays. Just what you need and expect from a modern fullback. Gets caught out of position at times, but at 24 he is still learning and well on the way to establishing himself as the best full-back at the club.

The £1.5 million signing from Derby County arrived as one of the most highly regarded fullbacks outside the Premier League. However, apart from two League Cup appearances, he has been unable to force himself into the side and currently finds himself behind TC and veteran Kevin McNaughton in the pecking order. A big disappointment, though maybe through no fault of his own.

The 23-year old was brought in from Brentford in League One as back up for goalkeeper David Marshall. And on the bench is where he’s stayed. He gets two points for turning up every week, which is more than some of the other players have done.

This article originally appeared in the Huff Post (UK):

My book, From the Ashes: The REAL Story of Cardiff City is out now on Gwasg Carreg Gwalch:

A list of all the books I read last year. Not the ones I dipped in to then abandoned. If I made a list of those it would run to the hundreds. This is a list of the books I actually finished. Try not to be too judgemental, we all have our guilty pleasures!

That’s right. No fucking TV. I came back to London after spending Christmas and New Year in Wales with the family to find the massive storm that is currently battering Britain not only blew down the garden fence but also knocked out the satellite dish or something. A housemate called the Sky people, but they were so inundated with similar calls they said they couldn’t send out an engineer for ten days. Ten fucking days!

Don’t get me wrong; I’m not a complete telly addict. But I do watch a lot of sport, and I like to have the TV on as background noise when I’m faffing about on the computer. Plus, I missed episode two of the new Sherlock Holmes series, which really was a kick in the balls. Sigh.

It’s surprising how empty your life feels when something you have grown used to is suddenly taken away. Matters were not helped because it was the weekend so I didn’t have to go to work and it was raining outside, which meant I couldn’t go out. After some soul-searching, and a few tears, I decided to try to turn this unfortunate turn of events into a positive.

Here is a list of the things I did over a period of five days instead of watching TV.

All in all a very enriching and enlightening experience, if a little smutty at times. Who needs TV?

Remember Senghenydd: The Colliery Disaster of 1913

Just after 8am on October 14th 1913, there was an underground explosion at the Universal Colliery in Senghenydd, near Caerphilly, south Wales. The disaster resulted in the deaths of 439 miners and one rescue worker, making it the worst mining accident in British history. Many others were trapped underground, the last being rescued more than two days after the explosion.

It is thought that the explosion was caused by a build-up of methane gas, which was ignited by machinery. Vast clouds of coal dust facilitated the fire. The cruel irony is that the disaster came just a decade after a similar accident in which a further 81 people lost their lives. After that first incident, the investigating authorities were highly critical of the safety conditions at the colliery. Yet evidently, nothing much changed. The general belief was that corners had been cut in order to save money. And then there was the hidden cost. The Senghenydd Disaster left 205 widows and 542 fatherless children, most of whom were turfed out of their colliery-tied cottages by callous officials when they were unable to pay their bills any more. Irresponsible mine owners were fined a paltry £24.

This remarkable book, painstakingly put together by Jen Llewellyn just in time for the 100-year anniversary of the disaster, serves as a permanent reminder of the fragility of human life, and the harsh realities of the industrial age. It collates a huge number of newspaper reports, memoirs, personal narratives, poems, photographs and various official documents, many never before published, to provide a poignant snapshot of a town reaping the benefits of an economic boom, and paying a terrible price for the privilege. But this isn’t just the story of a small town in Wales. What happened in Senghenydd on that fateful morning a century ago could happen in any one of a multitude of similar places throughout Wales, Britain, and the rest of the world. If there is one thing the era of capitalism has taught us, it is that flesh is cheap.

Like Aberfan, modern-day Senghenydd is a place stained by tragedy. Not only is the landscape physically scarred, but the fabric of the community has been ripped apart. This amount of suffering and sorrow leaves an indelible mark, which lives on to this day. At the same time though, this book is a triumph of the human spirit as it tells us how, on hearing of the explosion, literally thousands of local men, some working at other pits, rushed to the scene to help the rescue effort. Some even writing their last wills on the way in expectation of the absolute worst. If it hadn’t been for them, the death toll would surely have been higher.