The details behind Ole Gunnar Solksjaer’s departure from Cardiff City last September were never really made public. The official line was that he and owner Vincent Tan clashed over ‘a difference in philosophy,’ the philosophy being that Tan wanted to win games while Solksjaer disagreed. The fact of the matter is that the Norwegian proved himself to be so inept in virtually every area that in the end, the whole episode turned into one big farce. Countless formation, personnel, and tactical changes, combined with the usual off-field turmoil surrounding the club, all added up to just nine wins from 30 games, relegation back to the Championship, and a dismal start to the new season. 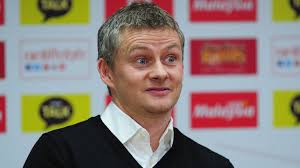 Enter Russell Slade, world-renowned managerial mastermind behind Scarborough, Grimsby, Yeovil, Brighton and most recently, Leyton Orient. A lot of people were just as confused about the appointment of Russell Slade as they were about that of Solksjaer, but were more than willing to give him the benefit of the doubt. After all, he did win League One Manager of the Year twice. So the fans sat back, folded their arms, and waited to see how things would pan out. Fourteen games into his reign, it’s probably safe to say that things aren’t panning out very well. Yes, Slade has overseen seven wins, but it’s pretty obvious that under his charge the club is going backwards at a rate of knots. He got lucky a few times early on, and the team picked up a few points. But they were not playing well, and his recent record is far more indicative of the overall trend. Despite the much-touted ‘return to blue,’ City struggled to overcome Fulham in their last league game. Before that, City had lost three and drews one. That point came at Charlton, where City played against ten men most of the game and still lost out badly in the possession stakes, came hot on the heels of defeats to Brentford and Bournemouth. In those four games Cardiff managed to ship a total of shipped a total of 13 goals.

The club may be going through a transitional period (what, another one?) but with the players and backing Cardiff City have, they really should be storming through this division whereas on current form they face being dragged into a relegation battle. At the start of the season, the club had no fewer than thirteen full internationals on their books. That’s more than a whole team. But you would never think it to watch them play. Under Slade, the team is predictable, lacks energy and ideas, and looks devoid of confidence. The 4-4-2 formation he insists upon playing belongs in another age. There’s no point playing with two strikers if the midfield are overrun every game and can’t get the ball off the opposition. Even with two forward places up for grabs, inexplicably, the best striker at the club, Kenwyne Jones, can’t get in the starting line-up. That’s despite scoring more goals in his limited game time than Adam Le Fondre and Federico Macheda, the duo Slade insists upon playing virtually every game, combined. And that’s just the tip of the iceberg. There is a lack or passion and urgency all over the pitch. One thing Cardiff supporters demand is passion. If the players don’t have it, then it’s up to the manager to inject some. That’s what he gets paid for.

The club started the season with a wealth of options in every area. Some had to go. But a few of the players Slade has let go for next to nothing (or literaly nothing) were far too good for that kind of treatment. Magnus Wolf Eikrem, Juan Cala and Matts Moller Daehli spring to mind. That trio would walk into most Championship sides, and even a few Premier League squads. Most recently, according to reports Javi Guerra is heading back to Spain to sign with Malaga, a team challenging for a place in Europe next season. And he’s not deemed good enough for a mid-table Championship side struggling for goals?

Then there are seasoned pros like Nicky Maynard, Kim Bo-Kyung, Etien Velikonja, and Guido Burgstaller, who are stuck in a weird kind of limbo, picking up fat pay packets every week but not being given the chance to justify it. It’s not sustainable. Or even sensible. Fair enough, Slade came in and quickly decided on what he thought of as his best First XI, thus providing the stability Solksjaer never did. But what happens when that First XI don’t perform? Especially when they begin to get jaded after a long run of games. You have to be willing to roll with the punches and change things up when necessary. Evidently, Slade doesn’t want to do that. He may be used to working with smaller squads, but come on, Russ. It’s almost as if he’s walking around with blinkers on.

Since the transfer window opened, Slade has brought in what the vast majority of supporters see as mediocre signings. Scott Malone, a £100,000 buy from Millwall, is widely-touted as a replacement for Fabio, who Slade sees as a weak link in the defensive line. Yes, Slade is benching a Brazilian international in favour of a player labeled ‘average’ by his own supporters and has never played above Championship level. The fact that he (reportedly) has the same agent as Slade has absolutely nothing to do with it. The other signing was Alex Revell, a 31-year old striker who, in four years at Rotherham, managed just 28 goals in 150 games. This move could well spell the end for Kenwyne Jones.

The two signings could be part of a cost-cutting exercise. Understandably so, considering the wages some of the Cardiff players (notably Fabio and Jones) are on. But if that’s the case, you could argue why the club needed to make these signings in the first place. Declan John is a more than capable left-back, and Matt Connolly an able deputy. As for striking options, I count nine. As Steve Tucker recently remarked, “There are enough of them to have their own Christmas party.”

The original version of this article appeared on the Huff Post UK.

From the Ashes – The REAL Story of Cardiff City FC is available now.

I write stuff. Pretty much any stuff. My dark fiction has appeared in Asphalt Jungle, Raw Nerve, Roadworks, Dark Valentine, Screams of Terror, Shallow Graves, Fantastic Horror, The Literary Hatchet, Gore and numerous anthologies. My first book, Into the Dragon's Lair – A Supernatural History of Wales was published back in 2003, and I've worked extensively in the freelance journalism industry, contributing features to numerous international publications including Fortean Times, Bizarre, Urban Ink, Loaded, Record Collector, Maxim, and a regular column to the Western Mail newspaper. I lived in China for over five years where I taught English during my search for enlightenment, before moving back to the UK in January 2013 to work as staff writer on Nuts magazine. Later, I was senior writer on Forever Sports magazine and associate editor at Coach magazine, before leaving to chance my arm in the world of pro freelance. In recent times I've devoted more time to dark fiction, my latest offerings being Apartment 14F: An Oriental Ghost Story (Uncut), Human Waste and X3, my third collection. I also edit, copy write, proofread and ghost write and drink far too much craft beer. END_OF_DOCUMENT_TOKEN_TO_BE_REPLACED
This entry was posted on Thursday, January 15th, 2015 at 7:33 pm and tagged with Cardiff City, Championship, Fabio, football, Kenwyne Jones, Ole Gunnar Solksjaer, Russell Slade, Vincent Tan, wales and posted in Blogging, Cardiff City FC, football, Huff Post UK, National Identity, Sport, Wales. You can follow any responses to this entry through the RSS 2.0 feed.
« The Bookshelf 2014
C.M. Saunders “Out of Time” Review »