This isn’t an easy letter to write. I think you know, things haven’t been right between us for a while now. I’m not sure they ever were. Don’t get me wrong, we had a lot of fun together. Those early days, when there was so much to discover and indulge in, were very special. So new new and exciting. For a while, I really thought you might be ‘the one.’ I thought I’d finally be able to settle down. But those feelings didn’t last. After a couple of years, all the little annoyances I used to find so charming started getting on my nerves. These days, I find it difficult just to be around you. Everything’s such hard work, and I derive so little pleasure from what we do together. It comes down to balance, I suppose. This relationship is all take and no give.

I would give you that time-honoured “It’s not you, it’s me,” line.

But that wouldn’t be fair, because it’s mostly you.

I know the score, okay? I know how things are. You are this rich, powerful, older woman and I’m just A.N. Other guy. I have to work my balls off to impress you and stay in your good graces. Do you have any idea how exhausting that is?

Didn’t think so. You act like I should be happy just to be here. To have the opportunity. But my best was never good enough. You have ridiculously high standards, and even higher demands. I know if I let my guard down for just a few moments, there’ll be a line of would-be suitors queuing around the block. Like vultures. Half the guys in the world want to get with you. That’s a lot of pressure. Plus, you go through my money like it was piss in the rain.

God, you make me feel like such a failure sometimes. On the other hand, you make me proud just to be with you. That’s the paradox of love. Anyway, enough waffling. The bottom line is our relationship is turning destructive, and it’s probably best I leave before someone gets hurt.

There, I said it.

Sorry to be so abrupt, but you broke my heart, London. At least three times, you cold, heartless bitch.

I know you are fucking other people, okay? You always were, and you always will. It’s just what you do. You don’t care. And why should you? You don’t owe me anything. You’re thinking, “You came to me, remember? Feel free to leave at any time.”

I also want to thank you. You taught me how to be humble, how to be strong, and how to grow. Along the way you taught me a few hard life lessons. But someone had to teach me, and I’m glad I learned from the best.

I’m not bitter. It hurts to know that you’re so ruthless and callous, but I get it. It’s not personal. And don’t worry, even though I knew all along you were using me I have no regrets, because I was using you, too. We were just having fun. I always knew it wouldn’t be long term. How could it? We both value our freedom and independence too much to make any kind of lasting commitment. Many better men (and women) than me have tried to have a relationship with you and failed.

Thinking about it, I suppose we were only ever fuck buddies. At first, there was only passion and lust. I wanted to do everything with you. But then, the spark died. The dream ended and reality bit down on us hard. We stopped going out as much, most of our ‘friends’ slipped away, and our sex life went down the toilet. When we did manage it, which wasn’t often, it was functional and mechanical. Like we were just going through the motions. Yeah, we’d blame things like work and family and the weather and whatever else. But the truth is, we just drifted apart. I know that you never gave all of yourself to me. There was always that part of you that you kept hidden. And no matter what I did, you were never going to reveal it to me. I could spend a lifetime trying and still not discover ‘the secret of you.’

Maybe I was the same way.

I admit, I haven’t exactly been faithful. There’s this other girl called China. I don’t understand half the things she says or does and she has these really strict parents who make things difficult, but she’s just so beautiful and exotic. Then there’s my mental ex, Wales. She was my first love, so I guess she’ll always be in my life. We went through too much together for me to ever really forget her, but we are so volatile together we fight like mad.

Anyway, goodbye, London. I don’t know where this journey will take me next, but I do hope we can stay in touch and who knows, maybe we can hook up again further down the road. The future is a place where anything is possible.

Take care of yourself, and stay beautiful. 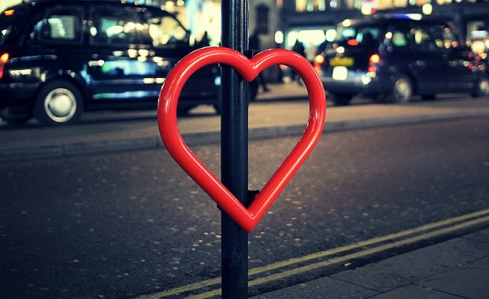 I write stuff. Pretty much any stuff. My dark fiction has appeared in Asphalt Jungle, Raw Nerve, Roadworks, Dark Valentine, Screams of Terror, Shallow Graves, Fantastic Horror, The Literary Hatchet, Gore and numerous anthologies. My first book, Into the Dragon's Lair – A Supernatural History of Wales was published back in 2003, and I've worked extensively in the freelance journalism industry, contributing features to numerous international publications including Fortean Times, Bizarre, Urban Ink, Loaded, Record Collector, Maxim, and a regular column to the Western Mail newspaper. I lived in China for over five years where I taught English during my search for enlightenment, before moving back to the UK in January 2013 to work as staff writer on Nuts magazine. Later, I was senior writer on Forever Sports magazine and associate editor at Coach magazine, before leaving to chance my arm in the world of pro freelance. In recent times I've devoted more time to dark fiction, my latest releases being Human Waste (Deviant Dolls Publications), Tethered (Terror Tract Publishing) and X4, my fourth anthology of short fiction. I also edit, copy write, proofread and ghost write, and drink far too much craft beer. END_OF_DOCUMENT_TOKEN_TO_BE_REPLACED
This entry was posted on Friday, December 23rd, 2016 at 7:20 pm and tagged with blogging, China, goodbye, humour, life, London, love, love letter, travel, wales and posted in Life, London, National Identity, Travel, Wales. You can follow any responses to this entry through the RSS 2.0 feed.
« C. M. Saunders ‘No Man’s Land: Horror in the Trenches’
Flash Bang Mysteries #6 »