Last year, I did a blog tour for my novel Sker House. It proved not only very successful, but a lot of fun. It was so much fun that I decided to do it again this year to support my latest novella, Human Waste. Below are the details. Please consider paying a visit and/or drop a comment or share a link to help support these awesome hosts!

Acclaimed writer and filmmaker Regina Saint Claire was first out of the blocks, reviewing an ARC for her site the Indie Horror Review.

Close behind was the delightful Irene Cole, who reviewed Human Waste for her Well Worth a Read blog.

Next up I did a guest post about the Top 10 British Comedy Horror Films for the Deviant Dolls. Purely subjective, of course, but you know I’m right.

Then, I dropped in at Teri Polen’s Bad Moon Rising site to give a quick lowdown on Human Waste and chat shit about aliens.

Next up, I was very excited to be part of The Gal in the Blue Mask’s Halloween 2017 Frivolities:

Just for good measure, I also did my first ever character interview with The Gal. And boy, was it fun!

October is a busy month for horror hounds. I dropped into Selene Kallan’s launch party for her novel Starlight on Facebook.

And was featured in P.J Blakey-Novis’ epic 31 Days of Horror event.

Finally, and most recently, Human Waste received another rave review on the Ghastly Grimoire. 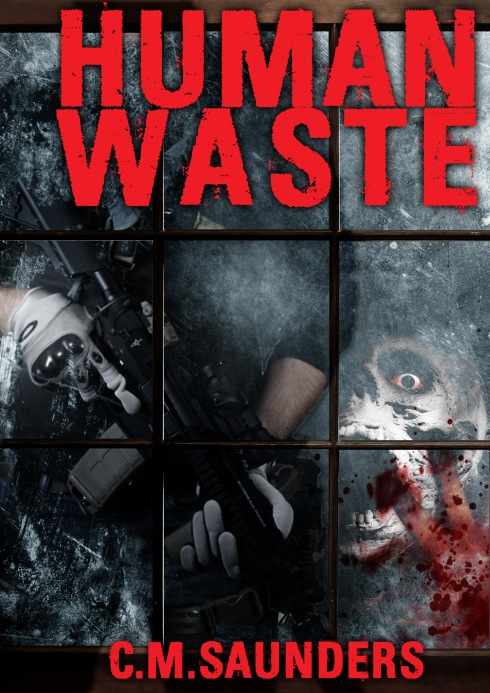 Note: This article concerns the original 1972 TV movie, not the unrelated 2016 release of the same name, or the 2002 movie Nightstalker, both of which focus on the activities of serial killer Richard Ramirez. 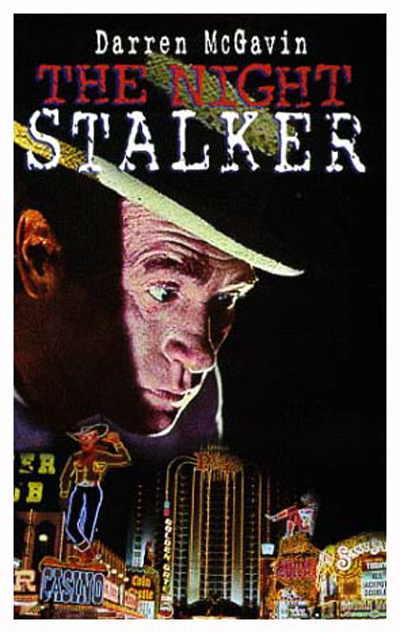 It’s probably fair to say that despite coming out before I was born, this made-for-TV movie, and the popular series that followed it, had more of an effect on me personally and professionally than anything else committed to celluloid. I didn’t even realise how much until relatively recently. How? Because the film married my twin obsessions with writing and the paranormal, ensuring that to my young and impressionable mind, that the two things would forever be entwined.

Shortly after I first saw it as a kid, I remember telling my parents I wanted be a journalist when I grew up. They facilitated this childhood ambition by going out and buying me a ‘reporters kit’ comprising of a notebook and pen and a magnifying glass. Obviously, I immediately went out looking for monsters, ghosts, and other supernatural entities, hoping to look at them in fine detail through the magnifying glass and write about them in the notebook, because I wanted to be just like Carl Kolchak.

Damn it, I still do.

For the uninitiated, Carl Kolchak (brilliantly portrayed by the sadly departed Darren McGavin) is a jaded Las Vegas newspaper hack under unrelenting pressure from his shouty editor Vincenzo (Oakland) to turn over a constant stream of newsworthy articles. Luckily for him, though less-so for the victims, he uncovers a spate of gruesome murders and a wide-ranging cover-up. The general feeling is that Kolchak is particularly anxious to solve this particular case out of concern for his dancer girlfriend Gail (Lynley). An investigation reveals that the murders go back centuries, and the victims invariably suffer extreme blood loss. There is a suspect by the name of Janos Skorzeny who Kolchak believes is an ageless vampire, but can he convince the authorities and his difficult editor?

Ultimately, he doesn’t need to convince anyone because during a late-night showdown Kolchak manages to destroy the suspected vampire, thereby saving the city. But his actions come at a terrible cost. He is told to leave Las Vegas immediately or face a trumped-up murder charge, and is given the devastating news that Gail has already left. The lovelorn reporter then blows his savings placing ads in the personal sections of newspapers up and down the country in an attempt to find her. He never does, and the movie ends as it begins, with Kolchak lying on a bed in a sleazy hotel room listening to a playback of his account of the crimes which he has narrated into a Dictaphone. I guess matters of the heart were a lot harder to resolve before Facebook and What’s App.

The story ark was continued in a sequel, The Night Strangler (1973), where Kolchak finds himself in Seattle and is hired once again by Vincenzo to report on another series of bizarre murders. The second movie immediately preceded the 20-episode TV series, which became a fore-runner for such shows as the X Files, Supernatural, and Buffy the Vampire Slayer. There was also a short-lived, and frankly pretty terrible remake which lasted for ten episodes in 2005.

When it first aired on ABC over 45 years ago, The Night Stalker set the viewing record for TV movies, winning a 33.2 rating (the percentage of all TV homes). I might be wrong, but I don’t think that figure has ever been surpassed, and in the age of Netflix and streaming, it’s unlikely to ever happen. The screenplay for The Night Stalker was written by sci-fi legend Richard Matheson (the man behind I am Legend, the Incredible Shrinking Man, A Stir of Echoes and many more), and adapted from an as-then unpublished novel called the Kolchak Papers by Jeff Rice. Matheson and Rice collaborated on the sequel The Night Strangler but Rice, who often felt marginalized, then faded into obscurity, dying in 2015 at the age of 71.

Producer Chris Carter is such a fan of Kolchak that he cast Darren McGavin in the X Files. The original plan was to have him play Kolchak thirty years on, but McGavin elected not to and the role was re-written to make him Arthur Dale, ‘Father of the X Files.’

Fun and naughty games with the Deviant Dolls ALL month! Check this out for offers, freebies, and some stonking giveaways.

It’s almost December, kittens, and that means the Christmas season is upon us. The Deviant Dolls will use any reason to toss some deals and freebies at our readers, so here we go.

The first week of December, we have these fine titles for just 99 cents.

You can also get these titles absolutely free! (That’s all four books in Renee’s gods series)

FOR THE LOVE OF GODS SERIES (4 BOOKS) by Renee Miller

But we’re just getting started. Check out the fine titles we’ll have for just 99 cents during the second week of December.