Late last year, I was asked to contribute to an anthology. It wasn’t themed like so many are these days, the interesting thing about it was that it was to consist entirely of drabbles (a piece of fiction exactly a hundred words long, not including the title). This is something I had never even attempted before, so I initially did it for the challenge. After banging my head against the wall for a few days, I eventually came up with a story called Coming Around. I can’t say writing it was easy, but it was a lot of fun. As the project grew legs and started running, it turned into a who’s who of horror, and something I am very proud to be a part of. 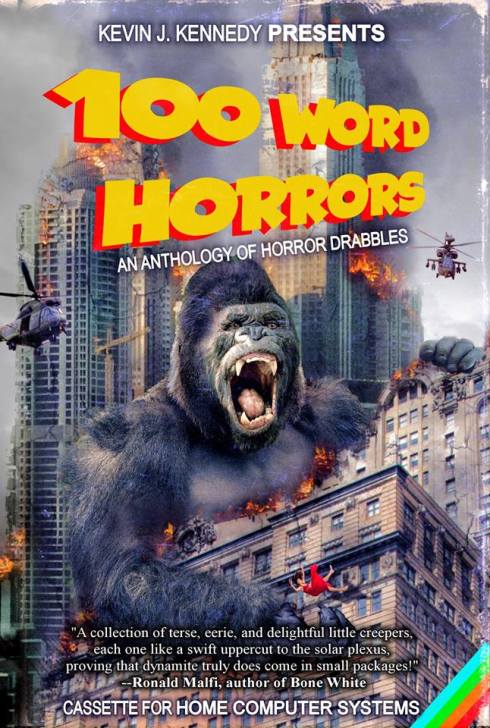 Kevin J. Kennedy, has once again brought together the best of the horror world to bring you an anthology that is packed with creepy tales. Between these pages you will find over one hundred drabbles, written by a wealth of talented authors. From the best indie horror authors to Bram Stoker award winners and Amazon top sellers. We have monsters, mayhem and madness. Come join us.

In her review, Erica Robyn had this to say about my contribution:

“Absolutely terrifying!! This one is a straight up nightmare!”

I write stuff. Pretty much any stuff. My fiction and non-fiction has appeared in over a hundred publications worldwide and I have written over a dozen books which have been both traditionally and independently published. My first book, Into the Dragon's Lair – A Supernatural History of Wales was published back in 2003, and I've worked extensively in the freelance journalism industry, contributing features to numerous international publications including Fortean Times, Bizarre, Urban Ink, Loaded, Record Collector, Maxim, and a regular column to the Western Mail newspaper. I lived in China for over five years where I taught English during my search for enlightenment, before moving back to the UK in January 2013 to work as staff writer on Nuts magazine. Later, I was senior writer on Forever Sports magazine and associate editor at Coach magazine, before leaving to chance my arm in the world of pro freelance. In recent times I've devoted more time to dark fiction, my latest releases being Human Waste (Deviant Dolls Publications), Tethered (Terror Tract Publishing) and X4, my fourth anthology of short fiction. I also edit, copy write, proofread and ghost write, and drink far too much craft beer. END_OF_DOCUMENT_TOKEN_TO_BE_REPLACED
This entry was posted on Friday, February 2nd, 2018 at 6:15 pm and tagged with anthology, C.M. Saunders, dark fiction, fiction, horror, short story and posted in Anthologies, dark fiction, fiction, horror. You can follow any responses to this entry through the RSS 2.0 feed.
« Film Review – The Void (2016)
RetView #7 – Severance »

6 responses to “100 Word Horrors – An Anthology of Horror Drabbles”