Heads up! My short story, The Last Night Shift, was included in a recent edition of Deadman Tome’s free-to-read (and download) horror zine. 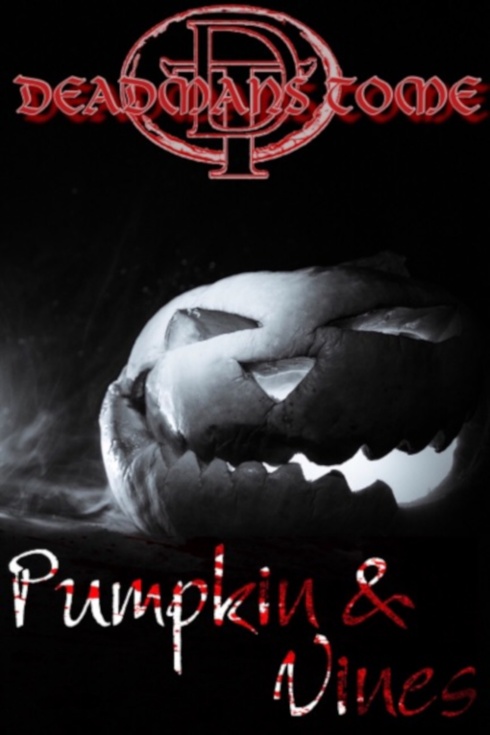 The Last Night Shift is one of my oldest stories. I wrote the first draft about twenty-five years ago, when I worked in a packing factory. That’s why the protagonist works in a packing factory. One night he meets a new colleague, who has some extremely strange mannerisms and eating habits. In fact, it’s almost as if he comes from another world.

A factory life was the only life I knew back then, and I wrote stories to escape my humdrum existence. It’s a bit rough, and not as polished as my later stories, but I like it that way. It’s raw, and has a kind of innocence about it. I hope I managed to capture a little of the frustration and hopelessness that comes with working a crap job. Because of what I considered to be its flaws, I never really felt confident in the Last Night Shift, and I hardly ever sent it out to publishers. After a while I started to question why I’d written it at all. Was it just a part of my learning curve? A sign post on my writing journey? Or did it represent an important stop in itself?

I never forgot about The Last Night Shift. I was just waiting for the right opportunity. Then, a few months ago, I saw a submission call by Jesse Dedman, and for some reason it popped into my head. I decided to take a shot, and thankfully, the shot whistled into the back of the net. I’m a bit worried about how people will take it, but at the same time I’m excited that The Last Night Shift will finally have an audience.

Download the zine for free, with no strings attached, HERE. 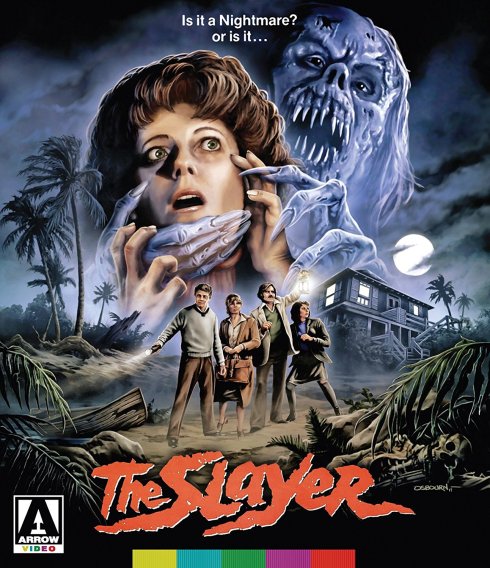 Along with The Evil Dead, this understated and often-overlooked cult classic is one of the original video nasties, meaning it was one of the 72 included on the infamous ‘banned’ list comprised by the British Director of Public Prosecutions (DPP) in 1983 in the belief that they contravened the Obscene Publications Act. Written and directed by J.S. Cardone (best known for The Forsaken, Shadowzone and the 2008 version of Prom Night), The Slayer can be seen as more than a simple slasher film following in the footsteps of Halloween and Friday the 13th, as it contains legitimate supernatural elements and a depth sadly lacking in most films of this genre. It is practically impossible to examine the intricacies and sub-plots without dropping the odd spoiler, so be prepared for that over the next couple of paragraphs.

Artist Kay (Kendall) is one half of a professional, upwardly-mobile couple. But all is not well. She suffers from terrible nightmares, usually involving the gruesome deaths of friends or loved ones. Concerned that the dreams are affecting her work, her family arranges a holiday for her, her husband, and another couple, on a remote island off the coast of Georgia. They are taken there by plane. Before leaving, the pilot, a thoroughly unnerving character called Marsh, serves up a cryptic warning which sets them all on edge. It then transpires that the island is the very place Kay has been dreaming about and further alarm bells ring about half an hour in when one of their number is killed when he gets his head stuck in a trap door. That scene is probably what led to the ‘video nasty’ classification. It’s pretty fucking gruesome. Over the next few days, everyone is slaughtered except Kay. But this is where it gets interesting. With every killing, alternate possibilities are put forward for the discerning viewer to decipher. Is Marsh the creepy pilot the murderer? Has the island somehow allowed Kay’s nightmares to merge with reality? Is a supernatural entity from her dreams, a la Freddy Kreuger, the culprit? Or is Kay herself the one doing the killing? If so, does she even know she’d doing it? Or is she plain crazy?

I wish I knew the answer. But the truth is, I have no fucking clue. I loved the way all these possible scenarios, and probably a few more that I missed, overlap and are presented to the viewer leaving he or she to make up their own mind about what’s happening. It’s much better than being spoon-fed information and then left to digest it. The last few minutes, where you think everything will be revealed, are as close to genius as you would expect from a so-called video nasty. Kay barricades herself in the holiday home, Marsh appears and she kills him. But it isn’t revealed whether Marsh is there to save her or do her harm. The house catches fire, she opens the door to make her escape, and is then confronted by the monster from her dreams. Mind. Blown. Oh, but there’s more. Because then she wakes up. Yes. One of the crappiest plot devices in the history of plot devices, the old ‘it was all a dream’ chestnut, is wheeled out. Or is it? You see Kay is a little girl again, it’s Christmas morning and she’s in her parent’s house. What the absolute fuck. We are never told whether she’s having a flashback or if she really did dream the whole thing. This final refusal to offer any kind of resolution is the most frustrating aspect of all. Until that point, you were willing to withhold judgement and wait and see what transpires. We are the audience. Sure, fuck with us all you want, that’s what we are here for and some of us like it, but don’t insult our intelligence. Also, am I the only one who wanted to see more of the monster?

The Slayer (also known by the frankly much better title, Nightmare Island) wasn’t a big hit with reviewers, with most criticizing not only the non-committal approach to storytelling but also the film’s pacing. However, most praised it for the well-made kill scenes and generally good production. The director does a great job of instilling a sense of trepidation and isolation, which later turns into desperation and despair.

The scene which caused most concern with the censors is one where a female victim is stabbed through the back with a pitch fork, the prongs emerging from her chest. In most versions it was cut completely, but restored to the 2001 UK DVD release (weirdly, it has never been released on DVD in the US). It’s comparatively innocuous by today’s standards, and surely every 1980’s slasher flick needs a pitch fork, right?

Below is the now-customary list of every book I managed to read cover-to-cover in 2018. I know I am cheating a little by including a couple of novellas, and even the odd short story. My rule is, if they stand-alone, they are eligible. Besides, to even things up I also devoured a couple of absolute monsters. Reviews are linked.

And this isn’t my actual bookcase. I stole this image from Pinterest. But it’s still cool, right?

Wales and its Boxers: The Fighting Tradition by Peter Stead & Gareth Williams (2008)

Last Man Off: A True Story of Disaster, Survival, and One Man’s Ultimate Test by Matt Lewis (2014)

Friend from the Internet by Amy Cross (2018)

The World’s Most Haunted Places by Jeff Balanger (2004)

Spree Killers: The World’s Most Notorious Gunmen and their Deadly Rampages by Al Cimino (2010)

Tales from the Murenger by Michael Keaton (2017)

Readers’s Digest: Great Mysteries of the Past by Various Authors (1991)

2018 was a busy writing year, though I feel I didn’t really achieve much. Isn’t that always the way?

In the first quarter, I focused on writing some short stories and flash fiction, thrashing out over a dozen pieces ranging from an apocalyptic 100-word drabble to an 8000-word zombie splatterfest. Then I turned my attention to my Joshua Strange series of YA adventure books and wrote a third installment. That took all summer. I also went back and edited the first two books. I’m happy with the series so far, but still trying to find the right agent to rep them. I’ll be taking a step back from that project and waiting to see how things develop.

I released two books in 2018 – X3, the latest installment in my on-going series of short fiction collections, and a revised version of a novella called Dead of Night, which was first put out by Damnation Books in 2010. As both books were pretty much already written, they weren’t very time-consuming. I just had to polish them a little, format them, and commission some cover art. I also had short fiction published in Crimson Streets, Indie Writer’s Review, TwentyTwoTwentyEight, Deadman’s Tome and The Horror Tree, as well as the anthologies 100 Word Horrors, Digital Horror Fiction, and Terrors Unimagined. Perhaps best of all, from my perspective anyway, on the back of a Bookbub promotion I managed to scrape into the Top 40 of Amazon’s list of horror writers for the first time.

Finally, bringing you right up to date, I just finished my latest novella, Tethered, which explores the phenomena of Internet rituals. More news on that coming soon. Until then, I just want to express a heartfelt THANK YOU for all your support. I truly appreciate every like, comment, share and insult. If you’ve ever read any of my books, please think about leaving a short review on Amazon or Goodreads. It would really mean a lot.