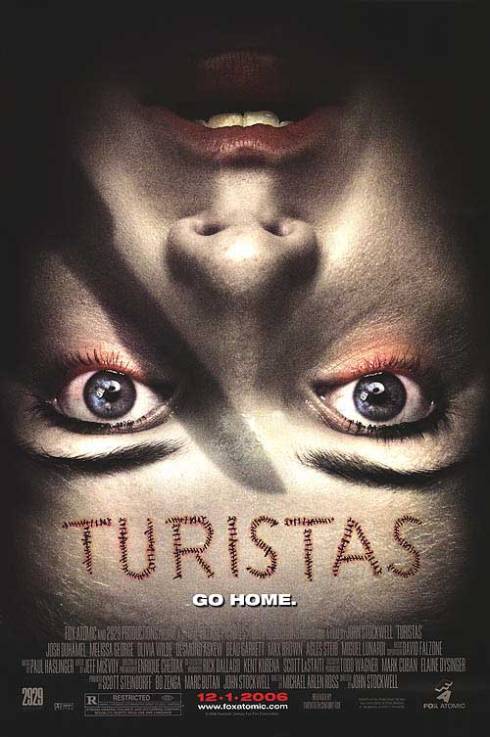 A lot of horror movies play on mankind’s basic fear of the unknown. Some do it with more flair and panache than others, and manage to tick another box by catering to the kind of inherent xenophobia seemingly prevalent in the vast majority of cinema goers. Foreigners bad! Anything can happen over there! Ain’t you done heard the stories? This is why such classics as Severance, Hostel, Train to Busan and any number of Japanese offeringsJapanese offerings end up being so revered by western audiences. Not only do they exploit our dove-tailing fears of foreigners and the unknown, but they also provide a welcome splash of the weird and exotic, the colourful and vibrant. If we’re lucky. In any case, we can console ourselves with the fact that you won’t find any of that stuff over ‘ere, mate. This effectively creates a welcome sense of distance and separation between you and your horror. It makes the whole thing not only more believable but more enjoyable, because it’s never going to happen to you. Is it?

Turistas (Portuguese, Spanish, and Italian for ‘Tourist,’ in case you couldn’t work it out) follows the adventures of a group of hip young American backpackers trekking through Brazil. As soon as the premise is established, you know bad shit is soon going to befall them. The only question is, what kind of bad shit are we talking about? It all becomes a bit more clear a few minutes in when their coach crashes and they hook up with a couple of wise-cracking English blokes (Askew and Brown) and an Australian girl (George). Together, the newly-expanded group of wayward thrill-seekers find a beach bar and proceed to get wasted. They mix with the locals and much cavorting and hilarity ensues, until they all wake up the next morning and find they’re drinks were spiked and they’ve all been robbed (bloody foreigners!). With no phones, no money, and very little hope, they start walking. They soon find themselves in a tiny village, but incur the wrath of the locals when they chase down a kid they see sporting one of their baseball hats. An ally called Kiko, who may or may not be on the level, takes pity on them and whisks them away to a safe house deep in the jungle. Whether he has their best interests at heart or not is rendered immaterial when he dives into a river and bangs his head, knocking himself unconscious. The turistas carry him to the ‘safe house,’ which is deserted, but not for long, as pretty soon some crackhead hoodlums arrive by helicopter. Chief among them is a power-mad physician who proceeds to drug the unfortunate travellers (again), strap them to beds or lock them in cages, and extract their organs one-by-one to sell on the black market. The trip of a lifetime to Brazil then turns into a horrifying battle for survival.

On its release, Turistas (re-named Paradise Lost in the UK, Ireland and France) was met with mixed reviews. Fangoria magazine claimed it was, “Better and scarier than Hostel,” while the New York Times dismissed it as, “Plain stupid.” Being filmed on location in Brazil means it is visually breathtaking, and there is some stunning underwater photography on show. Gore hounds will be happy with the surgery scenes in the unrated version, which leave little to the imagination and are definitely not for the squeamish. According to IMBD, these scenes were performed by an actual surgeon for authenticity. Most of the sequence was cut for the theatrical release, as was an earlier eye-gouging scene. 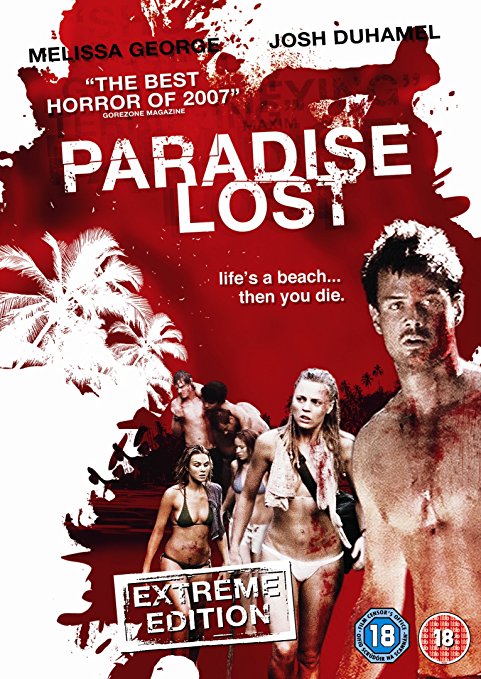 Interestingly, Turistas was largely boycotted in Brazil because of the negative image it portrays of the country, and star Josh Duhamel, who later found a home in the Transformer films, was coerced into offering the Brazilian government and people a grovelling apology during a subsequent appearance on The Tonight Show with Jay Leno. Perhaps owing to the mixed reviews and the associated controversy, Turistas was only a modest box office success, bringing in a reported $14.7 million from a budget of $10 million. But don’t let the figures sway you, this is a cut above average.

I write stuff. Pretty much any stuff. My fiction and non-fiction has appeared in over a hundred publications worldwide and my books have been both traditionally and independently published. My first book, Into the Dragon's Lair – A Supernatural History of Wales was published back in 2003, and I've worked extensively in the freelance journalism industry, contributing features to numerous international publications including Fortean Times, Bizarre, Urban Ink, Loaded, Record Collector, Maxim, and a regular column to the Western Mail newspaper. I lived in China for over nine years where I taught English at universities in Beijing, Changsha and Guangzhou during my search for enlightenment, before moving back to the UK in January 2013 to work as staff writer on Nuts magazine. Later, I was senior writer on Forever Sports magazine, associate editor at a shortlived title called Coach, and I currently write business news for a trade magazine about the plastics industry. It's far more satisfying than it sounds. My latest fiction releases have been Human Waste (on Deviant Dolls Publications) and X5, my fifth collection of short fiction. I also edit, proofread, ghost write, and drink far too much craft beer. END_OF_DOCUMENT_TOKEN_TO_BE_REPLACED
This entry was posted on Friday, December 13th, 2019 at 8:39 pm and tagged with Brazil, film, horror, John Stockwell, Melissa George, movie, RetView, review, Transformers, Turistas and posted in Blogging, Films, horror, Retro Reviews (RetViews), Reviews. You can follow any responses to this entry through the RSS 2.0 feed.
« London Calling at 40
2019 in Review »