As is now customary, below is a complete list of all the books I read, from cover to cover (or from 0 to 100%, as is increasingly the case) last year. I gave up on more than a few, which I won’t bother to name. Life’s too short to read a shitty book.

I didn’t read as much as I would have liked in the first half of the year, but in my defence a couple of entries in this list are absolute monsters. I actually started the longest, Sleeping Beauties, weighing in at 702 pages, about eighteen months ago. I kept drifting in and out of it. All things considered, let’s just say that it was far too long and meandering. A good editor could cut at least 30% off the word count and not lose anything from the plot. I had high hopes for the Woman in Cabin 10 by Ruth Ware, but I rolled my eyes so much reading it that by the end it was like a physical affliction. Amy Cross hit another couple of home runs, but probably the best book I read last year was Lost at Sea by British journalist Jon Ronson. A selection of essays and investigative reports, it’s not my usual thing but I found it both insightful and refreshing. 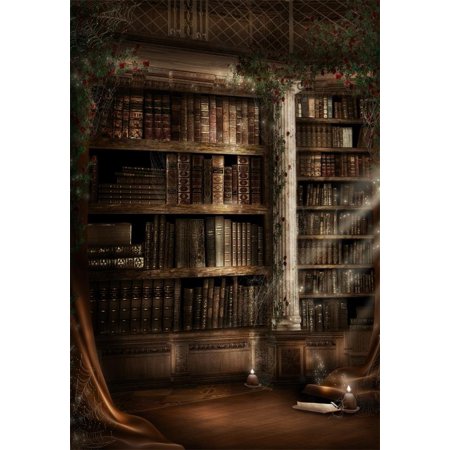 I’ve been making a conscious effort to read more widely, which is why I gave some new writers a shot. At least, writers new to me. And I fell back in love with the short story and read a bunch of anthologies, the pick of which being Body Horror: Trigger Warning. And I’m not just saying that because one of my stories is in it. Ultimately, however, I returned to Dean Koontz after a long break. I actually forgot how good the guy is. At first, anyway. But then a dog and a demented serial killer turned up like they do in all his books and I had to suffer yet more preachy, religious overtones. Sigh.

The Last Days of by Jack Sparks Jason Arnopp (2017)

Filthy Beast: Diary of an English Teacher in China by White Buffalo (2018)

The Corona Book of Ghost Stories by Various Authors (2019)

You can check out last year’s bookshelf HERE.

It’s that time of year again…

Another one ‘in the books,’ so to speak. And time for another quick review.

2019 kicked off in a high gear for me. In January I finally finished the final edits of my novella Tethered and started punting it around carefully selected publishers, and placed drabbles in 100-Word Horrors volumes 2 and 3, to follow-up my appearance in the first volume.

Saunders for the hattrick.

I also finished compiling X: Omnibus, a collection of all three of my short story collections to date, plus some other odds and ends. I’d already commissioned a cover from the sublime Greg Chapman, but even though most of the stories have been published before in various places, many of them still needed a bit of spit and polish. That process complete, I then had to format both the paperback and ebook versions and set about the task of marketing the sucker. I try to do a couple of guest posts at horror blogs and sites around every release. I find it beneficial, as well as fun. Most notably, this time around I popped up on Kendall Reviews discussing why I write horror.

In the first quarter of the year I had a couple of ‘quiet horror’ stories accepted into anthologies. Specifically, Down the Road appeared in a two-volume anthology on Smoking Pen Press entitled Vampires, Zombies & Ghosts, and Where a Town Once Stood was included in the Corona Book of Horror Stories. Obviously, I couldn’t stay ‘quiet’ for long and indulged my wild side in Trigger Warning: Body Horror from Madness Heart Press which included my surrealist skit Revenge of the Toothfish. Tiny Little Vampires was in a similar vein, and that was published by Tell Tale Press and elsewhere, The Bell showed up in Dark Moments.

With seven (count ’em!) new short stories being published, 2019 was probably my most successful ever calendar year in fiction. I also wrote seven or eight more shorts of various lengths and made a start on a new novel about a P.I. (Paranormal Investigator) and his cat I’ve been planning for a long time. For the most part, my fiction has taken a slightly surreal turn. There have been disembodied fingers poking through plugholes, giant cockroaches, and assassins with supernatural abilities. Still, most of the time, I’ve been living in China and writing non-fiction under a pseudonym. There are a lot of good reasons why I use a pseudonym when I write about my adventures and misadventures in the Middle Kingdom, which I won’t go into here. Let’s just say what happens in China is often best left in China, and written about by some other dude with a fake name. But it’s no big secret. If you want to know who this guy is, PM me and I’ll probably tell you, as long as you’re not the thought police.

I’m quite excited about this coming year. My RetView series of blog posts where I re-visit classic horror movies is picking up more readers and going from strength to strength, the latest installment of my X series of short fiction (imaginatively entitled X4. I like to keep things simple) is set to drop soon, and I’ve already had a couple of stories accepted into anthologies penciled in for 2020 releases. Hopefully, I’ll also have some new material which I’ve been working on for a while out in the second half of the year, so watch this space!