This could be my favourite review ever, so I copied it from Goodreads to share with you. Thanks, Bruce!

Getting this out of the way. I know C.M. Saunders can tell a good story. The X Omnibus is my bookcase. That’s a sign I’ve really loved what he wrote. He made the top 10 of books read last year from the GoodReads account. This is now volume #4 of stories which cover the mindscape of possibilities where individuals meet the weird/strange/terrifying. One is very short, and the others are short story length which you can catch in those brief moments the world allows you to think.

To help you understand how the stories run, think of this visual:

Two fireflies flitting around a central core, which is the story itself. One firefly is the character with who they are and their thought processes, as in how they think. The other firefly is the landscape they are connected to, the matte painting they become involved in. You get to know the character and landscape and it becomes a fun process in how they both mix together. Though it’s on the verge of the fantastic, something resembling an X File, it becomes a natural mix. And he offers an Afterword to tell you something of the background of the stories, good reader/writer connections. Good stories here.

You can find the original review HERE. 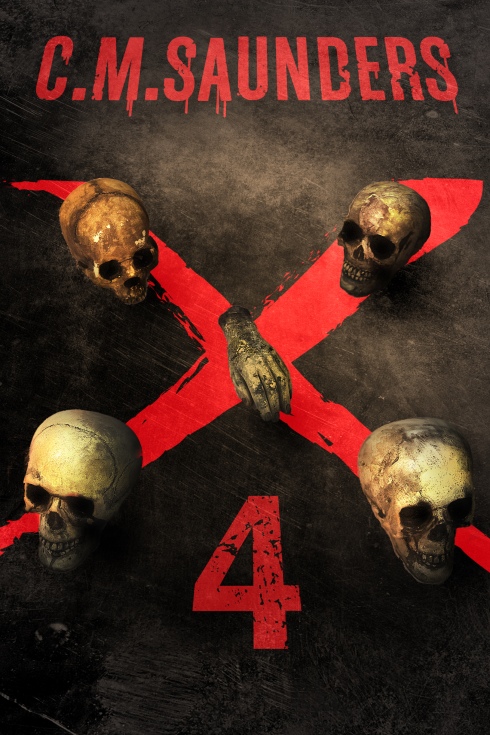 It Came From the Darkness

I’m proud to have been invited to contribute to It Came From the Darkness, an anthology put together by Red Cape Publishing and Philip Rogers to raise money for the Max the Brave fund.

Please follow the link to find out more about the cause.

(from the official press release):

“A huge number of horror writers, poets, artists, and film makers have come together to support the cause and offer the reader something special. Each piece of writing begins with the same five words, but the stories themselves are all wonderfully varied. So dig in, take each tale one bloody bite at a time, and beware of what comes from the darkness.

The book is released on October 30th.

One of the first short stories I had accepted after my return to writing fiction after a long hiatus was a story valled Curiosities, which was included in an anthology called Uncanny Allegories on Post Mortem Press back in 2010.

Curiosities, which was later included in X2, is about an antique shop on the south coast of England. It’s a shop with a difference, and more than a few secrets. The original plan was to write a series of stories about the same place and central character, but I never got around to it. I guess there’s still time.

Anyway, Post Mortem Press has just compiled all the stories from Uncanny Allegories and many others into one handy, specially-priced volume called Unknown Pleasures – Post Mortem Press: The Early Years (Volume One). 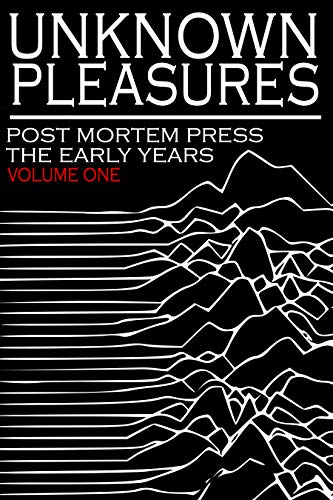 The book contains over 1800 pages and includes over 80 stories and novellas, including ‘secret classics’ by Jack Ketchum and Jonathan Maberry, among many others.

Check it out that awesome cover!

I think somebody over there must be a Joy Division fan.

So… now I can tell you all about my latest, ahem, release. X4 includes ten horror/dark fiction stories, all of which have been published before in the likes of Liquid Imagination, Terrors Unimagined and several anthologies. I’ve given them all a bit of spit and polish, but the stories are all otherwise untouched. It’s tempting sometimes, but I’m reluctant to change up the plot or anything substantial. As far as I’m concerned, once a story is published it’s done and dusted and I move on. Otherwise, it’s easy to get caught in a vicious circle of constantly reviewing, editing and updating. You have to know when to say enough is enough.

In my humble opinion, this is the strongest of my X books to date, not least because this writing lark is hard and it took me a while to get my head around it. Truth be told, I still haven’t got my head around it. I’m not sure if that’s even possible. It’s a learning process. But I’m definitely a better writer now than I was 23 years ago when I first started.

The X books are released in rough chronological order. The first volume collected all my early stories, and this latest addition brings us up to 2016-17, which was an especially prolific period for me. I lived in London at the time, so that was the setting for most of the stories. I’m very proud of some of them, and I’m elated to be able to share them with you. 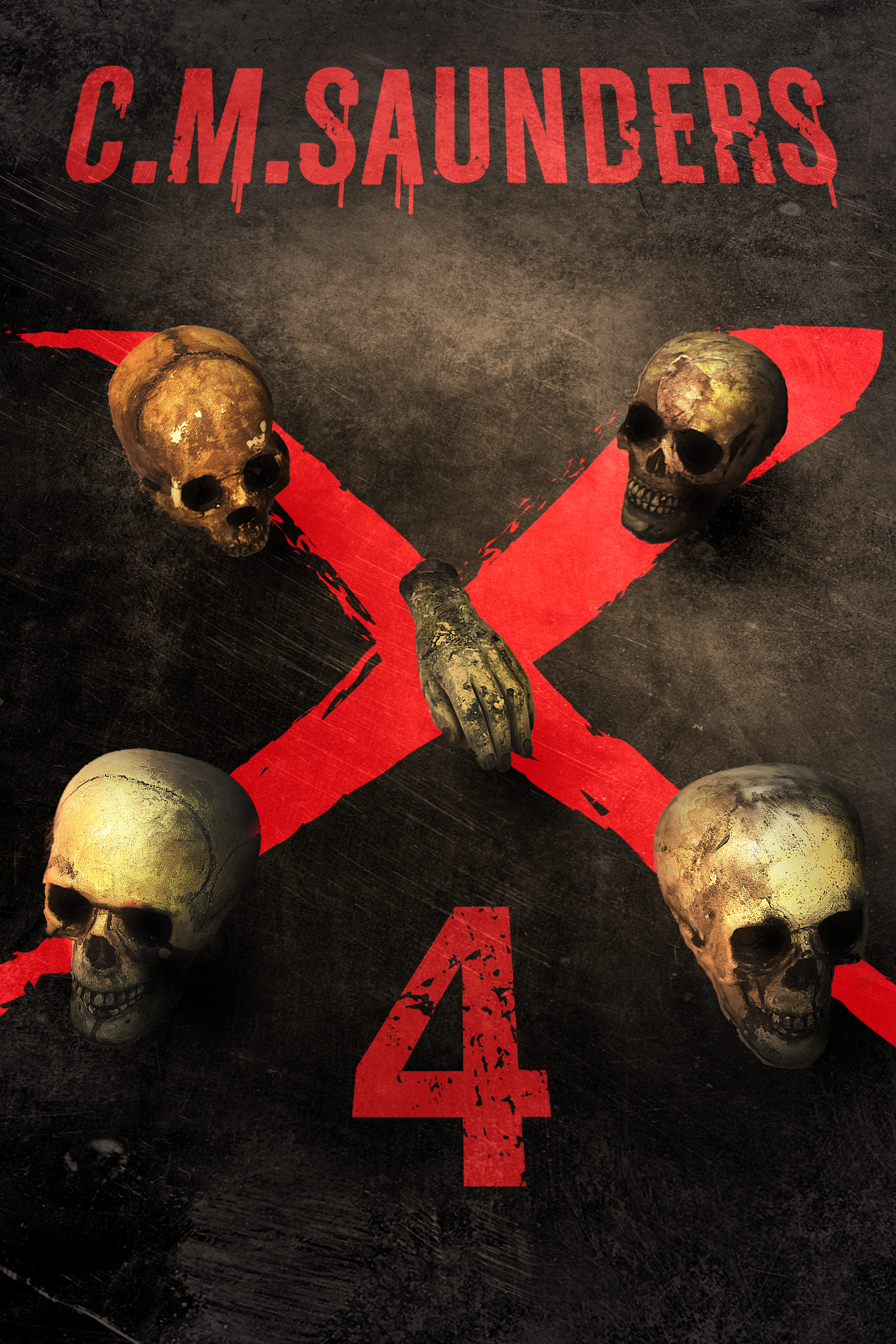 The Corona Book of Ghost Stories

I am pleased to report that my 6th short story of the year, Where a Town Once Stood, has been included in the Corona Book of Ghost Stories on Corona Books, UK-based independent publishers of the “brilliant, innovative and quirky.” 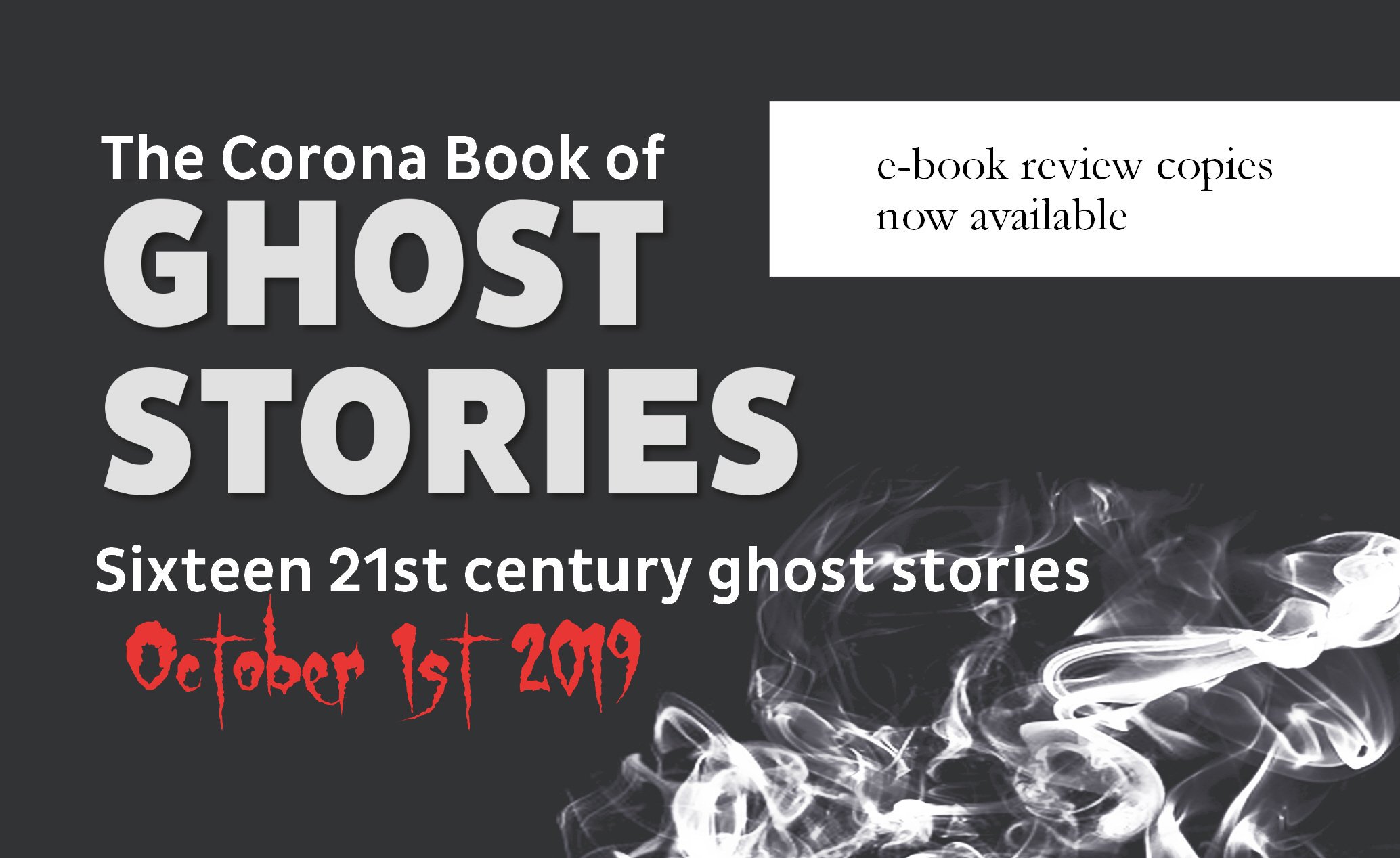 I’m not sure which category Where a Town Once Stood belongs, probably the third one. It’s a pretty straight-forward ghost story with a dash of social commentary based on a period of my life when I was trying to break into journalism. I was still working full-time in a packing factory, so I did a few voluntary shifts at a local newspaper called the Merthyr Express in my spare time. I just wanted to see what went on behind the scenes at a newspaper. Suffice to say it wasn’t exactly Fleet Street. In fact, it was far more boring than I thought possible, and while I sat in the office fielding phone calls about fetes and community meetings I yearned for something exciting to happen. A real-life ghost story would have been the dream, but there were times when I would have settled for a giant cucumber story.

Reading it now, Where a Town Once Stood would be a perfect addition to my series of stories set in the fictional Welsh village of Wood Forge. For some reason however, I named the village Tref y Meirw which (I think) means ‘Town of the Dead’ in Welsh.

A little private joke there.

By the way, to give credit where it’s due, I appropriated the title Where a Town Once Stood from an Alarm song about the decline of post-industrial Wales from the seminal album Change.

Check out the ToC: 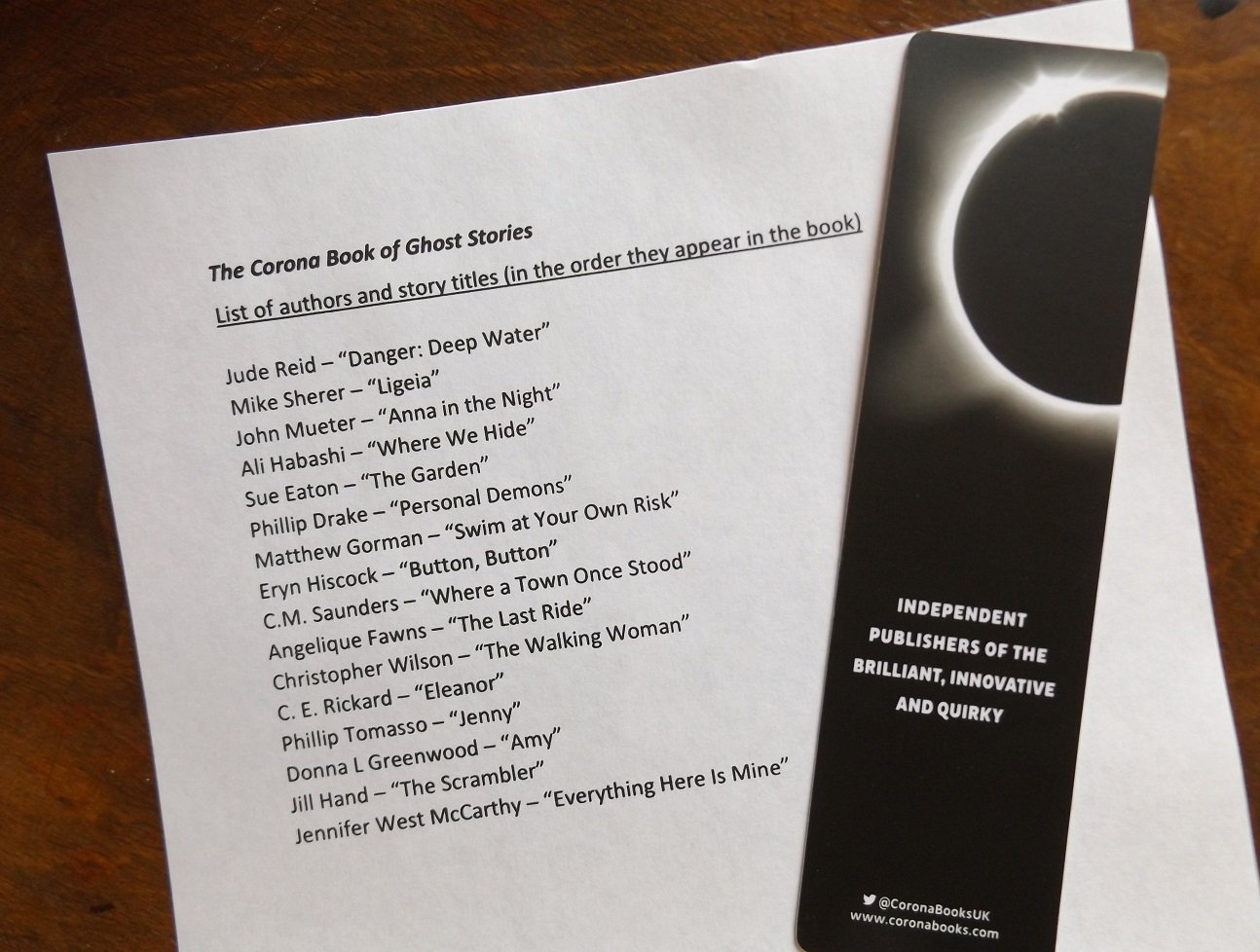 The Corona Book of Ghost Stories is out now.

X: Omnibus is out now!

Look what I did! 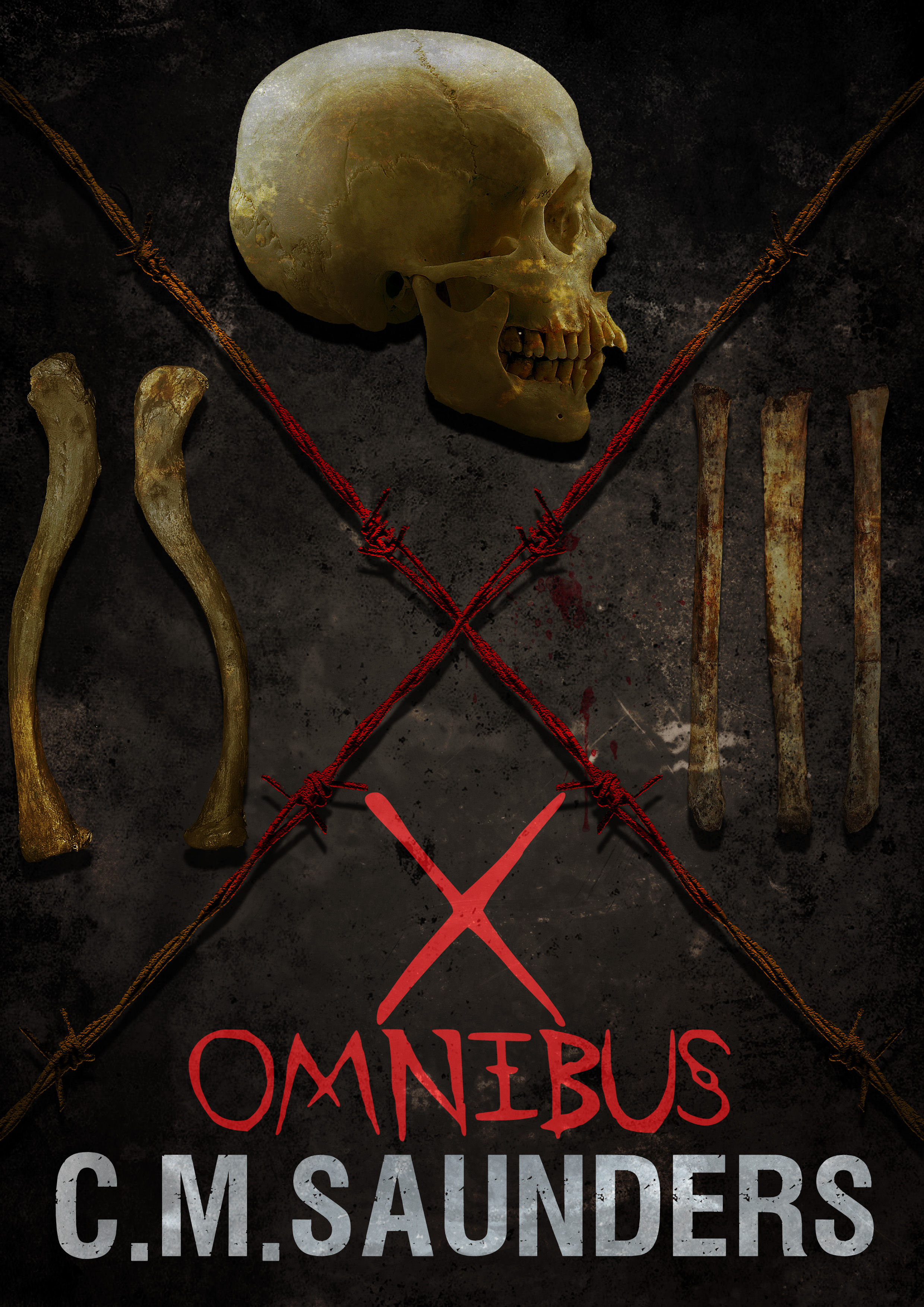 Includes everything from the first three X collections of short fiction, the stand-alone Human Waste, and two bonus stories exclusive to this collection.

Out now on paperback and ebook.

Earlier this year I was invited to contribute to an anthology of horror drabbles Kevin Kennedy was putting together. A drabble is a 100-word story. No more, no less. You can find my contribution elsewhere on this blog. The antho was a huge success, and I thoroughly enjoyed branching out into another form of writing. I enjoyed it so much I’ve knocked out a few more drabbles (and even a few dribbles). My Tormentor was included in The Horror Tree’s Trembling With Fear, and here’s a new and exclusive one. Just for you.

Derek was nervous. As he settled into the chair he flicked on the desktop monitor and scanned the office. People were looking at him and whispering. Or was he just being paranoid?

He wanted to stand up and shout, “Hello? New guy here!”

Maybe that would satisfy their curiosity.

There was a voice in his ear. “Help you?”

Derek turned. He recognized the speaker as Paul, the man who had interviewed him two weeks previously. “Reporting for work, sir!”

Paul frowned and retreated a step. “But… you didn’t get the job. Sorry.”

“Then why the fuck didn’t anyone tell me?”

Angst or Ecstasy on Page & Spine!

I’m pleased to announce some of my micro-fiction is free to read now on Page & Spine: Fiction Showcase

Angst or Ecstasy is one of my more experimental pieces, and is all about a man’s nocturnal encounter with the succubus of legend.

Succubus: A female demon believed to have sexual intercourse with sleeping men.

I had to edit it a little, at the publication’s request, not to:  “Scare the little old ladies in the audience, some of whom are men.”

You can read Angst or Ecstasy HERE

I’m thrilled to announce that my latest short story, Lakeside Park, is included in the new anthology Terrors Unimagined, edited by Karen T. Newman and out now on Left Hand Press. 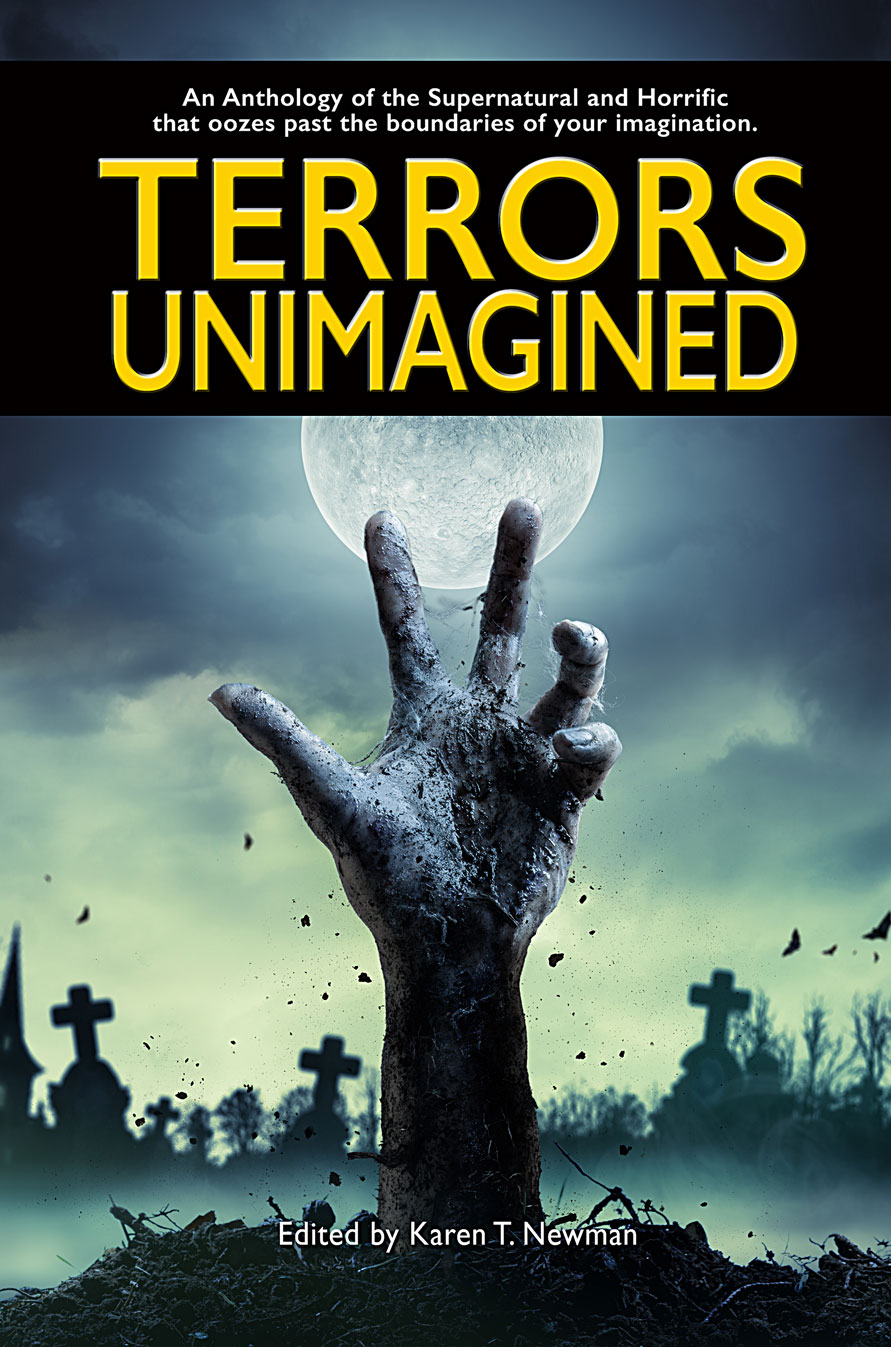 Lakeside Park is an old-fashioned creature tale about a down-on-his-luck, ex-alcoholic custodian who agrees to take a job looking after a remote caravan park deep in the Welsh valleys during the winter.

Suffice to say he doesn’t get the anticipated peace and quiet.

Far beyond what you can imagine lies a dreamscape full of the unexpected and the unexplainable. The supernatural, the paranormal, monsters, demons, magic, witches, and inconceivable horrors reside in a world of Terrors Unimagined.

An international cadre of authors, both new and experienced, lead you down a path to the other side of the unbelievable with stories unique and thought-provoking. This anthology of supernatural and horror-inspiring short stories drags us screaming into a world of creatures and nightmares undreamed of. Prepare to ponder your nights away.

Sleep is no longer an option.

Check out the trailer HERE

See HERE for full details and Table of Contents.

Incidentally, you can check out the rest of my fiction HERE.

I’m pleased to announce that my short story Roadkill is included in the new anthology Digital Horror Fiction, Volume I alongside a host of stellar names including Aaron Gudmunson, James Dorr, Gregory L. Norris and my fellow Deviant Doll, Renee ‘Twisted Bitch’ Miller. 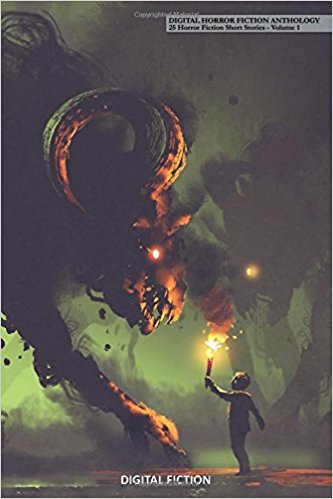 Roadkill was inspired by a feature I did for Nuts magazine back in the day about rogue ambulance crews in south America. They patrol the roads, listening in to police scanners, looking for accidents. Then they ferry the dead and injured to hospitals and pick up their payment. Of course, the system is wide open to manipulation, and makes a great backdrop for a horror story. I started thinking, what if, one day, a rogue ambulance crew picked up a casualty who really should be dead, but wasn’t? In fact, what if he flat-out refused to die?

And what if he had a score to settle?

It’s probably fair to assume that heads will roll.

I had a lot of fun writing this story. It probably represents one of my first shambling steps into splatterpunk. It’s a bit over the top but hey, it’s fiction! If it makes you crack a smile, as well as turn your stomach, then my work is done.

Roadkill has been previously published in the anthology Fading Light and was also included in my collection X2.