Today is Chinese New Year! That means it’s time for another China story from the vault. I’ve posted quite a lot here about China, like the time I ate brains and the time I got to be Bad Santa. There was also the snake shop, and when I got pulled in Shanghai airport and some beefy security guards tried to take my cheese off me. No way, mister! Even the most mundane things, like getting a haircut, take on a whole new meaning in the Middle Kingdom.

In 2009-2010 I lived in an extremely inhospitable northern industrial city called Tianjin. Think of it as a bit like a Chinese Middlesbrough. I only went there to be closer to a girl I was dating, who then promptly dumped me for another dude leaving me alone, miserable and stuck in a job I hated. Said job was teaching English in a primary school. It wasn’t the teaching I disliked. it was the kids. There, I said it. It’s probably hard enough trying to educate children that young when you speak the same language, but at least then you can reason with them. If you don’t speak the same language, forget it. It’s like fighting a war with no weapons. Every class was anarchy.

Eventually I hit on the bright idea of rewarding the good kids with lollipops, hoping the naughty ones would see what they were missing and fall in line. It didn’t quite work out like that. Instead, every kid who didn’t get a lollipop wanted a fucking lollipop and threw an epic temper tantrum until they got one. Mostly products of the one-child policy, they were a mass of Little Emperors. They broke me. Regularly. I would cave in and give them all lollipops just to shut them up, costing myself a small fortune in sugary bribes.

One of the few things I liked about this school was the little breakfast stall stationed outside, selling a selection of traditional local food, along with some more normal fare like boiled eggs and corn on the cob. I stopped by there most mornings. It was cheap, and saved me time. 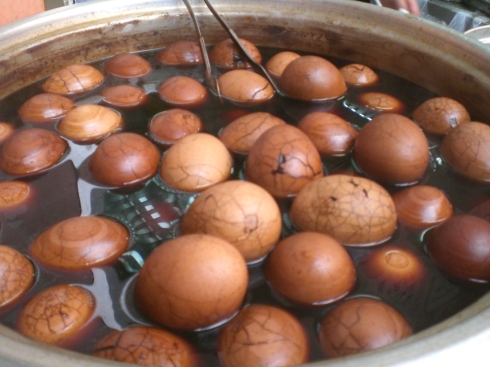 There was a lot I didn’t like about the school. But the worst thing were the toilets. Toilets in China are gruesome places at the best of times. But in this school there were no locks on the doors, apparently because the little shits would shut themselves in. That meant whenever I used it, I had a swarm of kids around me pointing and laughing at my penis. It was enough to give anyone a complex.

I noticed the boys all peed in buckets, which struck me as a bit weird. But lots of things struck me as a bit weird in China, and the buckets of piss just blended in with all the other weirdness. People would come in sporadically, carry the full buckets out, and come back with empty ones. I assumed they were emptying them down a drain somewhere. I didn’t know for certain, and frankly, I didn’t care. I didn’t think much about it. Until one day, when I was talking to my teaching assistant and he told me something that first confused me, then repulsed me, then horrified me to the core.

The school was selling the pee. Those people who came in to take out the buckets of piss were actually paying the school for the privilege.

“What? Who would buy buckets of pee?”

“The people at the breakfast stall where you go in the mornings.”

“What’s that in English?”

“Not sure. Little virgin boy pee egg or something.”

“Excuse me? Little virgin boy what?”

He explained that in some regions of China, Tianjin included, urine from young boys, preferably under the age of ten, is harvested. It’s boiled, and eggs are soaked in it for a few hours. Then the shells are cracked, presumably to let more of the pissy goodness inside, and it is boiled some more. The practice has been going on for centuries, and is tied to TCM (Traditional Chinese Medicine). Eating little virgin boy piss eggs is said to reduce high blood pressure, stop you catching a cold, and relieve joint pain. I’d been unwittingly eating them for months.

I’ve never been able to look at a boiled egg in quite the same way since.

I want to eat your brains! 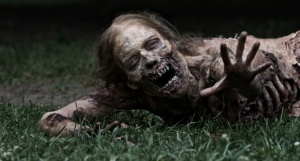 What is it with zombies and eating brains?

I’ve always been curious about that, and to a lesser extent, what brains might taste like. At a hot pot restaurant In Beijing recently, I got the chance to find out.

I’ve been lucky, or unlucky enough to eat a lot of things during my time in China that aren’t considered pleasant to the spoiled Western palate, including chicken’s feet, duck’s windpipe, pig’s ear, cow penis, meal worms, and scorpions. The brain, however, was the hardest hurdle to overcome. When various body parts are chopped up and cooked, they could be anything. But a brain looks just like a brain. 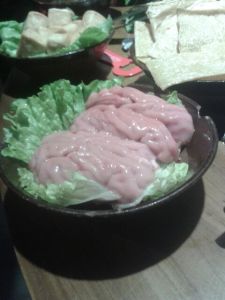 It’s common knowledge that sometimes, eating brains isn’t a good idea. That’s how mad cow’s disease happened. But it does have some nutritional value. Specifically, it contains a lot of DHA, an important Omega-3 fatty acid, which isn’t surprising as the average brain 29% fat. Brains are also very high in cholesterol.

In China there is a general idea that ingesting specific parts of animals has a positive effect on the corresponding area of your own body, which may or may not be true. The same belief manifests itself in TCM (Traditional Chinese Medicine). Living in China made me much less picky about my food. But still, this was a new experience. As the cooked brain finally emerged from the boiling pot dripping hot oil, I was filled with a strange mixture of trepidation and nervous excitement. 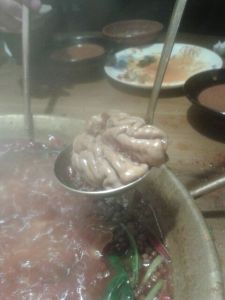 The consistency was as you’d expect, soft, spongy, even a little creamy. Weirdly, though most of the taste was masked by chilli peppers and spices, to me it tasted a bit like a boiled egg. Overall, I don’t think pig brain, or any other kind of brain, is something I’d like to eat on a regular basis. If eating brains is a dietary requirement, I’d make a shit zombie.