Anyone who knows me will tell you how much of a Springsteen fanatic I am. This is a guy who dragged his then-girlfriend all the way from south Wales to Philadelphia for a gig on the E Street Band reunion tour that ended up being cancelled because of a hurricane. Anyway, the first time I ever saw him live in concert was a few years before that, at Wembley Arena on July 10th 1992 – 27 years ago this week. By the way, I also have a weird fascination with the number 27, and I absolutely love it when things come together like this. Sometimes, life could almost be scripted.

I was eighteen at the time, and a friend and I decided to travel up to London by coach to catch one of the dates on the Boss’s four (or maybe it was five) night stand on the Human Touch/Lucky Town tour. You know the one, it was when he fired most of the E Street Band and hired a bunch of session musicians to play their parts. Bruce has always been a bit funny like that. He was and is very wary of people sticking labels on his music and is always trying new things, or at least trying old things new ways. After a brief spell in the very early seventies pretending to be the next Bob Dylan at the behest of his record company, he spent the next decade or so playing straight-up rock shows. Hundreds of them. Maybe even thousands. After the mammoth Born in the USA run, he was burned out. He decided he’d gone as far as he could in that direction and brought in a horn section for his next tour in support of tunnel of Love in 1988, which was full of bombast and theatrics. His next tour would be stripped down to solo acoustic (Ghost of Tom Joad, 1996/97), and in between those two extreme states of being we had… this.

A lot of people didn’t like the Human Touch/Lucky Town albums when they first came out. Personally, I loved them. I loved Human Touch, with its slick production and pure pop hooks slightly more than the more rootsy and raw Lucky Town. But weirdly, over time that situation has been reversed and it’s now the latter which is remembered with more fondness. With a couple of patchy albums to promote and no E Street Band, I suspected it was going to be a slightly surreal evening in London.

And so it proved. 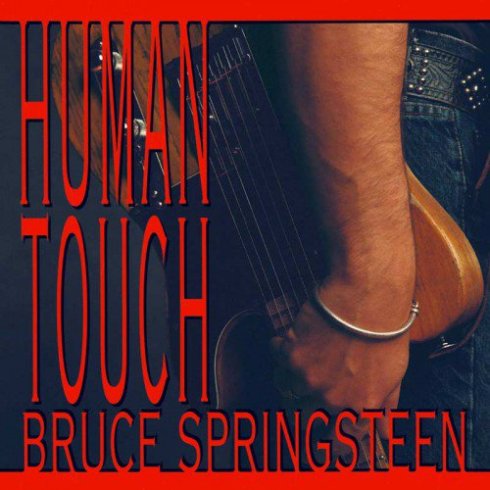 Not to take anything away from the band, who were about as polished and tight as you could hope for. The thing that struck me most was how charismatic the Boss was in the flesh. The moment he strutted onto the stage, greeted the crowd, and counted down into Better Days, he was captivating. For the first few songs I simply stood there with my mouth hanging open. I was in awe. The stripped down version of dancing in the Dark segueing into Darkness on the Edge of Town which appeared a couple of songs in still stands as one of my all-time greatest in-concert moments. All this was helped by the fact that without even trying, my friend and I had somehow managed to blag a couple of amazing seats. Centre stage, about half a dozen rows back with a completely unobstructed view. I would remember those seats over a decade later when my seat at the San Siro in Milan turned out to be on the wrong side of a massive concrete pillar.

The spell Springsteen was weaving was all ruined shortly after when he launched into an extended version of 57 Channels and Nothin’ On. I mean, the 2:57 album version is bad enough. He may have had good intentions when he wrote that song but man, it’s a stinker. It’s one of life’s great mysteries why some A&R clown at Columbia Records saw fit to release it as a single. In fact, I came to realize years later that Springsteen chose this particular night to play all my least-favourite songs. Right after 57 Channels came The River, which always struck me as a overlong and sombre (sacrilege, I know) and a bit later came Cover Me, possibly THE worst track on Born in the USA. Predictably, the set was littered with unremarkable deep cuts from the two new albums: Man’s Job, Roll of the Dice, With Every Wish, Leap of Faith, Local Hero, Real World. All these came at the expense of some bona fide classics that were dropped from the set-list. There was no Tenth Avenue Freeze Out, no Rosalita, not a single track from Nebraska, and not even a Badlands. He did, however, play Living Proof, in my opinion one of the most underrated songs in his extensive repertoire. Granted, it’s another one from Lucky Town, but not one he pulls out often. Certainly not often enough. Brilliant Disguise and Souls of the Departed also stood out. However, the absolute highlight for me was an epic version of Light of Day, complete with audience call and response. This was a track he’d given to Joan Jett for the movie of the same name five or six years earlier, and I didn’t even know he’d written it until that night. Jobbing session musos or not, by this point he had that band (along with every member of the 12,500-strong crowd) dangling on a piece of string. 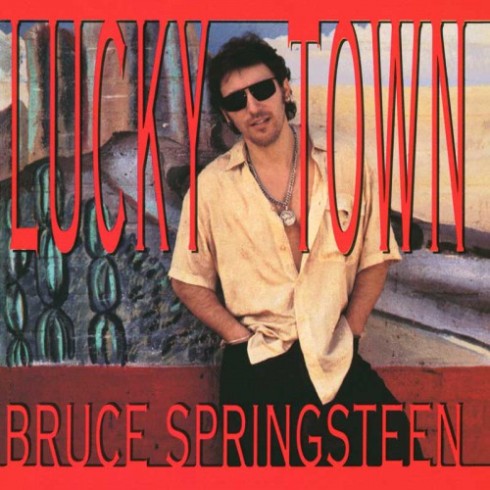 After that came the obligatory gut-busting, crowd-pleasing, booty-shaking, six-track, 40-minute extended encore starting with a breathless one-two of Glory Days and Bobby Jean and culminating in an electrified Born to Run (he’d performed it acoustically on the previous tour)and poignant show-closer My Beautiful Reward. In its entirety the show ran for over three hours, pretty standard for Springsteen. It was exhausting just watching him. The man himself was drenched in sweat, and I was so close I’m pretty sure some of it landed on me at one point. Or maybe my fading memory has embellished that little detail. It’s been 27 years, after all.

Boss Blogs #1: Meet me in the City Tonight.