It makes me a little sad that the big Hollywood studios are so reluctant to at least try to break any new ground, and would much rather spend their resources tapping into a pre-existing market. That said, I’m pretty excited about some of the movies being served up this year. Here’s my top five. Just don’t judge me on the last one.

Who could be so bold as to remake Eli Roth’s 2002 classic? Eli Roth, obviously. For the reboot he’s using the same script, with different characters and presumably a bigger budget. The first one cost just $1.5 million, and went on to gross over twenty times that amount. It also made Roth a star. This time he’s moving upstairs to executive producer while Travis Zariwny takes over directing duties. Nope, I don’t know who he is, either. You have to wonder why it’s being made with the same script, when this could be the perfect opportunity to expand on certain elements a little. But this is Eli Roth, and I’m sure as fuck not going to argue with him.

This is one film that isn’t staying true to the original. In fact, it seems to be doing everything it can to distance itself from the original by employing an all-female (including Melissa McCarthy) cast in place of Bill Murray and company, who are all too old to get in those jump suits anyway. He and Dan Ackroyd do get cameo’s, though. It’s being marketed as a reboot of the franchise, rather than the film, which either means there’s going to be a slew of sequels or we aren’t going to see a giant marshmallow man this time around. It’d be a shame if that’s the case. 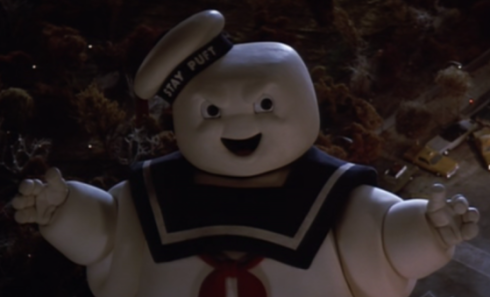 How can you make a remake sound new and exciting? Stick ‘3D’ in the title, that’s how. But this is Point Break, ya’ll! The original was one of the defining films of the 90’s and made Patrick Swayze’s career what it was. Well, that and Roadhouse. We don’t talk about Dirty Dancing. The 2016 version stars Edgar Ramirez and Ray Winstone, and will probably be one for adrenaline junkies everywhere. Being a joint American and Chinese production, expect more than a passing nod to our friends in the far East.

As far as ‘man’ films go, the original 1960 shoot-em-up starring Yul Brynner, Steve McQueen, and just about everybody else who could point a gun, is right up there with Rambo and Jaws. Well, the truth is, it wasn’t original even then, but a remake of the legendary Japanese flick Seven Samurai. Still, of all the reboots and remakes planned for 2016, this is the one I’m most wary of, even if the Daily Mirror reports are right and it does have Vinnie Jones in it (doubtful).

I warned you about the last entry on this list. Yes, if you’re British Dad’s Army is something you probably remember from your childhood, or those endless Sunday afternoon repeats, but 2016 sees the wartime comedy about a group of disparate individuals given a momentous overhaul, and it’s set to be one of the biggest Bricoms of the year. Let’s face it, how can anything with Catherine Zeta Jones in possibly not be worth a watch? She’s magnificent.